ZADIG & VOLAIRE: THIS IS LOVE !

Just in time for Valentine's Day Zadig & Voltaire launches THIS LOVE! A story of love at first sight, a couple of lovers who adore one another and find themselves in “a Paris” that they know by heart. They are artists of the present. A Love story that sounds like a challenge. A touch, then another and a kiss in between doors. Freedom is shared heat and skin is a blank canvas on which they draw with the tip of their fingers, a lightning bolt to the heart. The fragrance of burning love, indelible and undisciplined.
The fragrance for HER is floral and gourmand, for those who always abandon themselves to love at first sight, imagined by Sidonie Lancesseur. A thrill of ginger slides on the skin, creating a tender fever with notes of violet and vanilla. The warm and voluptuous sandalwood embraces the body. A fragrance that seduces both those who wear it and those who breathe it in.
For HIM the fragranced has a woody aromatic perfume, created by Nathalie Lorson. A tightrope that vibrates between the warmth of a kiss and the chill of loving breath. First, a zest of bergamot that melts on the skin. The orange blossom exalts his sensuality and lets his heart be locked into a cloud of sandalwood. A sensual and addictive fragrance, hotly masculine.
The two bottles, born of the pressure of two bodies, create a sensual wave from deep blue to vinyl pink, reunited in each other’s arms to form a spectrum of heat and passion. Its design, inspired by contemporary art, a nod to Thierry Gillier, is both sleek and raw, with flashy and metallic colors that tattoo their love.
This is Love! An electric love, the manifesto of an intense, free and sensual passion. 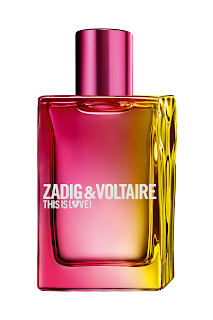 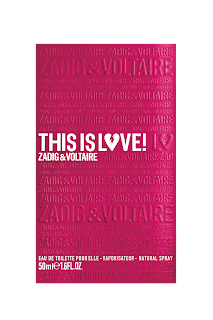 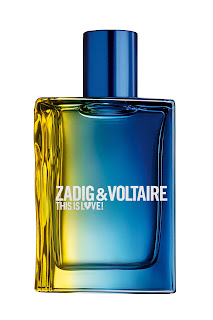 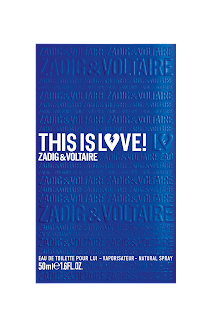 Posted by My_sweetvalentine at 11:11 No comments:

Sisley presents its latest innovation: the Black Rose Eye Contour Fluid. All the benefits of the Black Rose are incorporated into this new formula specially developed for the delicate area around the eye.
This emulsion infuses the eyes with radiance and freshness to give a revived and smoothed eye contour area.
When  Sisley  first  launched  Black  Rose  Cream Mask in 2011, it became a cult product in record time. The Black Rose line was then enriched  in  2014  and  2017  with  Precious Face Oil and Skin Infusion Cream. Now in 2020 Sisley gives a new interpretation of the Black Rose this time focusing on the delicate eye contour.
The fluid combines three actions to give rejuvenated, fresh, bright and seemingly revitalised eyes.
Sisley has incorporated three smoothing active ingredients such as Aqueous Black Rose Extract, Padina Pavonica Extract and Vitamine E Acetate to leave eyes visibly smoother and seemingly younger.
In the meantime puffiness and dark circles are targeted by toning ingredients such as Red Vine Extract and Coffeine. Eyes are left refreshed and revitalised.
The active ingredients of Chlorella Extract and Red Vine Extract provide a glow-boosting action to illuminate and bring radiance to the eye. The formula is completed by Shea Oil to nourish and comfort and Black Rose Extract to soften. The texture is comfortable and melts into skin like a cream while remaining fresh and lightweight like a gel.  Microparts illuminate the eye contour to give a more rested, radiant and refreshed appeareance. Eyes are instantly brightened and smoothed while dark shadows are faded. The eye contour area is left intensely nourished, soft and velvety.
Sisley Black Rose Eye Contour Fluid is launching this March. 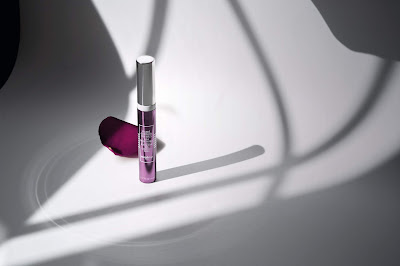 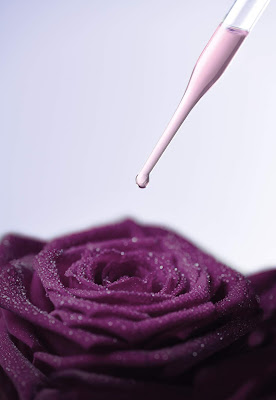 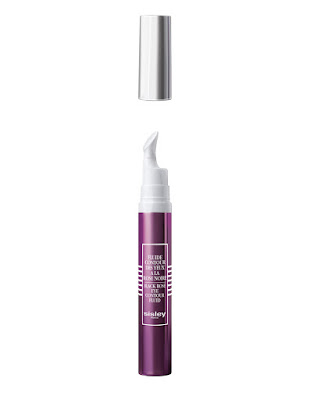 Posted by My_sweetvalentine at 20:50 No comments:

The Californian desert provides a dramatic backdrop for Longchamp's Summer 2020 advertising campaign featuring US supermodel  K e n d a l l  J e n n e r.
More even than the landscape, however, it is the light that stands out in these images, photographied by Columbine Goldsmith and styled by Marie-Amélie Sauvé, which echo the theme of the Longchamp Summer 2020 collection - the solar journey from dawn to dusk. 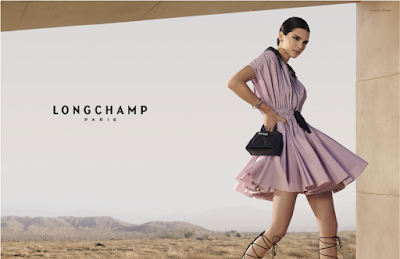 Posted by My_sweetvalentine at 21:59 No comments:

LALIQUE presents the new "Botanica" collection which takes us into a universe in which floral romance meets the strength of the minerals, creating an exciting contrast. Thanks to the talent of the experienced artists and the exceptional expertise of the glass masters, Lalique captures the decorative and symbolic power of peonies, lily of the valley, orchids and cherry blossoms. 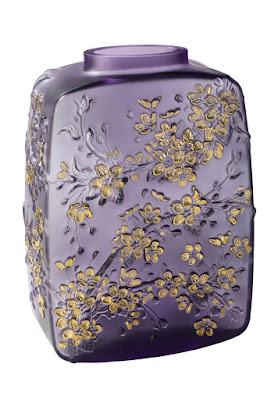 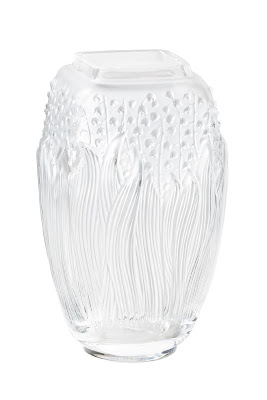 In cooperation with McLaren, Lalique launched the “Essence of Speed” collection in 2018, which now shows three stylized creatures in clear crystal. The three creatures are each available in two different sizes and in a limited edition, which makes them exclusive collectibles. After the cheetah and falcon, the third design is now dedicated to the sailfish. 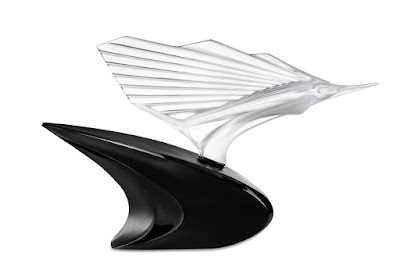 The “Tandrillah” collection is the result of the imagination of the French-Brazilian architect Elizabeth de Portzamparc and the expertise of Lalique. “Tandrillah” is the crystallization of a new adventure in the “Crystal Architecture” series, which has been collecting original designs by the greatest creative forces in architecture since 2014. The new "Tandrillah" collection is the result of many years of experiments by Elizabeth de Portzamparc in the fields of architecture, design and urban planning and is a feat of lightness. 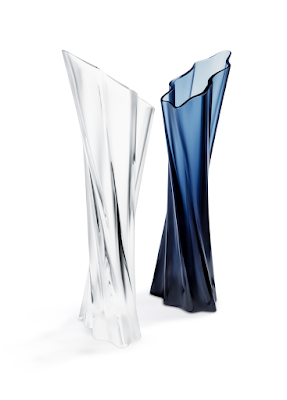 For the first time, an abstract canvas in Lalique crystal takes shape. Six clear crystal panels, each enamelled, present themselves as a single painting on which the brush has left its imprint. The “Sun & Moon” collection, created jointly by Lou Zhenggang and Lalique, radiates the calm atmosphere of a landscape. In these extraordinary works of art, the Chinese artist honors the life cycle of the two heavenly bodies, the sun and the moon. 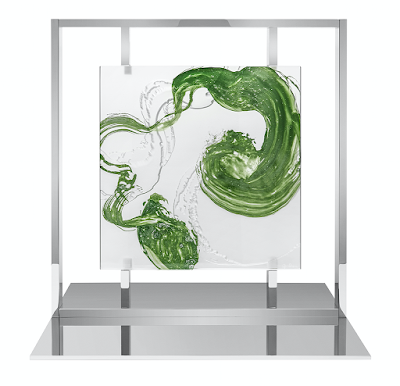 The new "Chapter 2" series in the "RockStone 20" series, which is a cooperation between the Israeli artist Arik Levy and Lalique, took its inspiration from the Aurora borealis (aurora) - the natural effect that is due to the magnetic atmosphere at the North Pole. The magnetic, mystical and spiritual power that is attributed to the crystal changes the color and the connection to our powerful nature and its extraordinary effects. 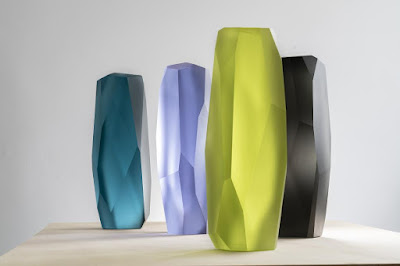 Posted by My_sweetvalentine at 21:42 No comments:

The L'OCCITANE Group recently announced the creation of a fund to restore ecosystems badly affected during natural disasters, such as the Amazon and Australia, recently devastated by fires . Created to protect biodiversity for future generations, the L'OCCITANE fund aims to respond to climate emergencies on an ad hoc basis. This fund will be funded through voluntary donations from L'OCCITANE shareholders.
Sustainable development is at the heart of L'OCCITANE's vision. Since its creation, L'OCCITANE has been firmly committed to reducing its environmental footprint and devoting significant resources to preserving biodiversity, particularly in the Mediterranean and Burkina Faso. The sustainable industries department of L'OCCITANE and the L'OCCITANE Foundation, created in 2006, are involved in the protection of plant species, the development of long-term partnerships with producers based on sharing the value created, in place of short supply circuits, the sustainability of know-how, or even the development of local communities. The Group advocates a holistic approach with all stakeholders, also by engaging its employees and customers.
At the same time, L'OCCITANE wishes to be able to react punctually to crisis situations endangering the proper functioning of ecosystems. This is the vision behind the creation of an aid fund of € 400,000 dedicated to projects devoted to the restoration of disaster-stricken ecosystems. A donation of € 200,000 will help finance agroforestry programs aimed at restoring Australian landscapes. The projects will be chosen by the L'OCCITANE Foundation, jointly with the sustainable supply chain department of L'OCCITANE and its teams in Australia. Thus, L'OCCITANE is strengthening its commitment thanks to its global initiative to plant trees, in partnership with PUR Projet.

Reinold Geiger, CEO of L'OCCITANE Group, said:
“We are shocked and saddened to see how devastating the fires that have recently hit several regions of the world have been for landscapes, endemic wildlife and communities. As responsible business leaders, we cannot sit idly by. We must do our part to help restore ecosystems for the benefit of future generations. " 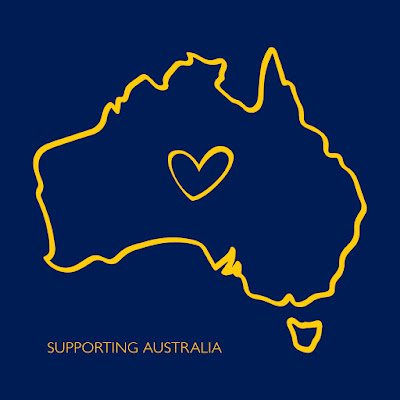 Posted by My_sweetvalentine at 21:23 No comments:

Thanks to THOMAS SABO, it is now easy to find small gifts to match the style of your loved one. The diverse creations and detailed designs from the international watch and jewellery brand have the right Valentine's Day present for every taste. The new "Together" jewellery pieces impress with graphically modern designs. Two circular linked pendants decorate the handcrafted Sterling silver necklaces and bracelets, symbolising eternal connection and a memento of affection. For all lovers of a timeless look, the classic love symbol; the heart, is the right choice. In playful pendants and bracelets, partly refined with zirconia stones, THOMAS SABO reinterprets the expressive motif and effortlessly enables individual combinations. An additional sparkle in the eyes of loved ones conjures up declarations of love in the form of personal engravings, whether it’s a message, number or symbol - every gift is unique. The Valentine’s Day themed collections are available in all THOMAS SABO shops, online at www.thomassabo.com and from selected partners. 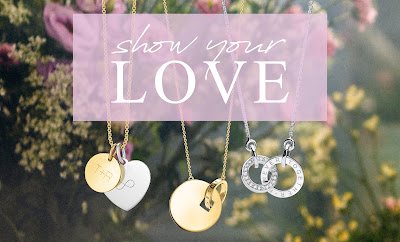 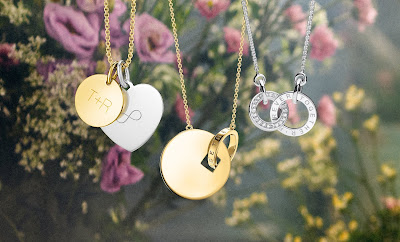 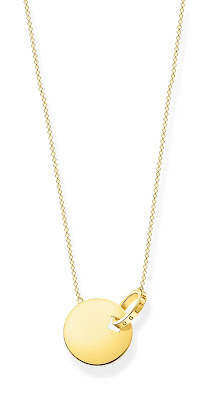 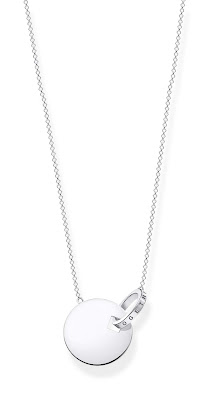 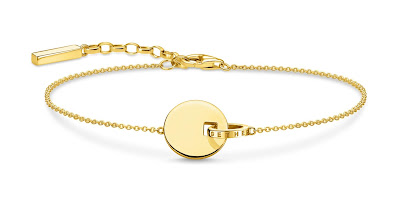 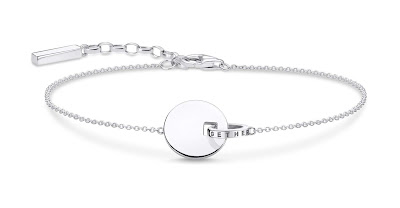 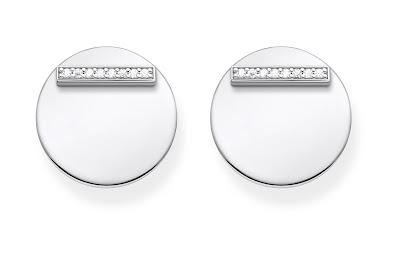 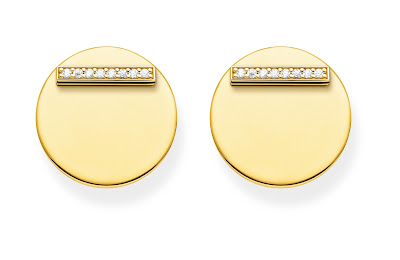 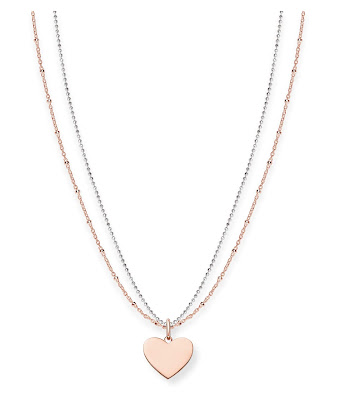 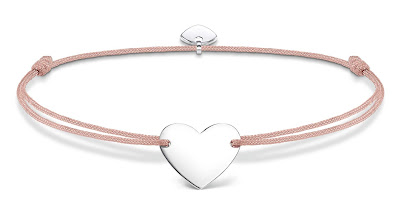 Posted by My_sweetvalentine at 18:15 No comments:

The oldest champagne house celebrates lovers on Valentine's Day. The duo boxes will delight all tastes and will bring a sweet scent of love for a sparkling evening. 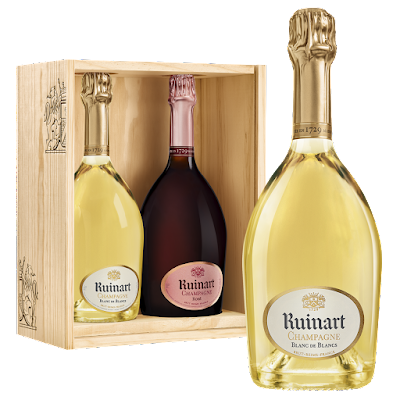 Maison Ruinart presents three versions of gift boxes to be shared by two for a moment of tenderness break or a festive moment during Valentine's Day, a perfect celebration for all champagne lovers.
The emblem of the Ruinart taste: a Ruinart Blanc de Blancs duo box, an essential companion for an evening full of freshness and lightness, from the flute to the plate. At the table, it will take lovers on the roads of the Mediterranean thanks to its exquisite marriage with dishes composed of seafood and shellfish. The experience is complete thanks to the 100% Chardonnay grape, Ruinart Blanc de Blancs offers a first nose of great intensity, with notes of fresh fruit, especially ripe citrus. Then, a second very fine and floral nose with notes of white flowers and white fruit (white peach). Irresistible, it will leave no one indifferent. 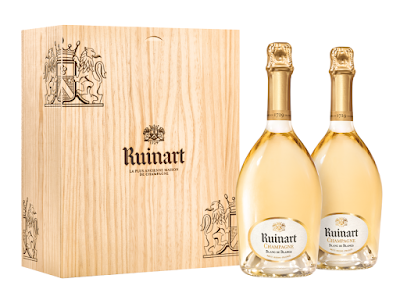 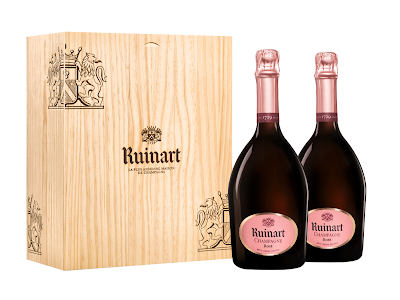 Its uniqueness is based on the unique balance of its blend of Chardonnay, the House's signature grape and Pinot Noir vinified in red. The freshness of Chardonnay resonates with the roundness and character of Pinot Noir. Barely the first flute tasted, the flavors are multiple on the palate thanks to an original palette of exotic fruits (guava, lychee), small red fruits (raspberry, cherry, wild strawberry) as well as notes of rose and pomegranate this complex and intense aromatic profile. Ruinart Rosé will go perfectly with an Andalusian gazpacho, a beef tataki or even some prawns sautéed with Thai basil. A change of scenery guaranteed!
Posted by My_sweetvalentine at 17:41 No comments: