TAG Heuer gave a memorable party at Cipriani in New York to unveil the latest limited edition of the Monaco, a tribute to the 50th anniversary of this iconic model.
At this event, guests were greeted by two TAG Heuer ambassadors, race driver and 2017/2018 Formula E champion Jean-Éric Vergne and actor and racing driver Patrick Dempsey, as well as the former Miss Universe and friend of the brand Paulina Vega, presenter of the evening. Among the guests also former Miss Universe and model Olivia Culpo, artist Young Paris and the creator of the Formula E championship and CEO Alejandro Agag.
Upon arrival, guests discovered an exhibition on TAG Heuer's legacy before entering the sumptuous reception area. To unveil the timepiece, a projection illuminated the grand hall, telling the story of TAG Heuer Monaco, since 1969 until this new limited edition inspired by the 1990s.
To mark the symbolic date of 50 years, TAG Heuer launches five new Monaco editions throughout the year, inspired by the decades from 1969 to 2019. The first of these models, inspired by the years 1969 to 1979, was unveiled at Monaco Grand Prix Formula 1 in May, while the second, in honor of the period 1979-1989, was presented in June in Le Mans, France. The third edition of the Monaco watch, inspired by the 1990s, made a grand entrance in New York.
This celebration naturally paves the way for the New York City E-Prix 2019, a Formula E championship race on July 13th and 14th at Red Hook, Brooklyn. JEV will defend its title in the streets of the famous New York district.
TAG Heuer, official timekeeper and founding partner of the FIA ​​Formula E Championship, has been supporting this series since its creation in 2014. Today, the company is proud to assume its role as official timekeeper.
The third of the five tributes to Monaco in limited edition is inspired by the themes, styles and trends of the 1990s. With a steel and industrial look, reflecting the style characteristic of this beautiful decade, the special edition of collection displays a design to blue and silver accents punctuated with red dynamic elements. The stainless steel square chronograph features a rhodium-plated grained dial and sandblasted blue counters. The flange and the Heuer logo are blue, while the indexes and the second center are red. The blue of the Heuer logo and the minute and second timer feature a striking contrast to the red accents of the hands, indexes and pattern on the dial. This palette of colors is extended on the blue perforated calf leather strap with red stitching.
As on the original, the pushbuttons are placed on the right of the dial, while the crown is on the left - an unconventional arrangement that has distinguished the Monaco for half a century.
The base of this 1990s inspired wristwatch features the original "Monaco Heuer" logo, as well as the "1989-1999 Special Edition" and "One of 169" endorsements. Adopting a design inspired by the original model, the stainless steel bottom features vertical and circular brushed patterns, as well as a polished vertical and circular brushed finish. The case contains the famous 11 caliber, a modern version of the self-winding chronograph movement launched with the original Monaco of 1969. This watch is offered in a limited edition of 169 pieces. 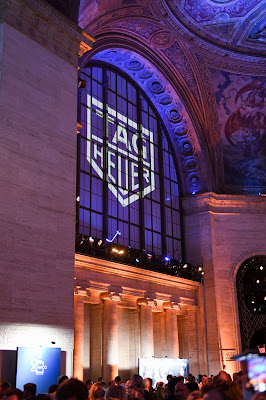 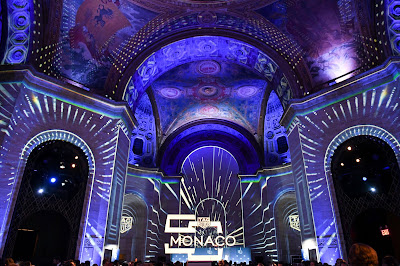 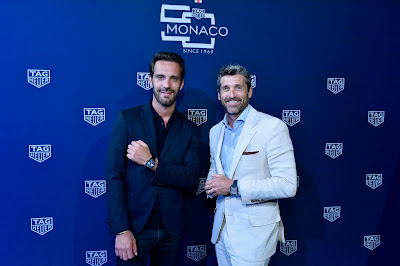 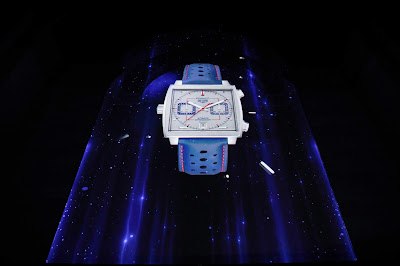 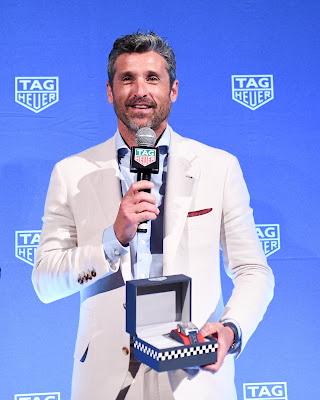 Images courtesy of TAG HEUER
Posted by My_sweetvalentine at 23:14