The style icon David Beckham has finished shooting his latest H&M campaign for the launch of the Modern Essentials collection selected by David Beckham for Spring 2016.
In the spot, set on the streets of Lisbon, David looks around and discovers that all dress up as him.
The new collection will be available online and in all H&M stores with men's department on two separate dates, 18th February and 10th of March 2016. 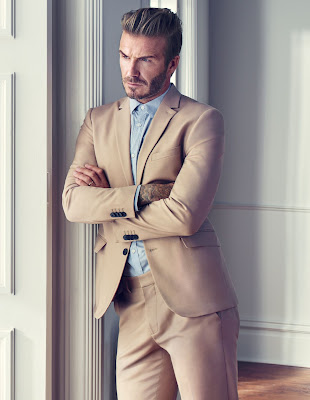 It is the second time that David collaborates with director Fredrik Bond. The new spot follows the previous one, in which the comedian Kevin Hart dressed exactly like David. In the new campaign, David comes out of his hotel to find that everyone is wearing his own clothes, including kids skateboarding, a baby, a grandmother and of course all the men of the city. The video is accompanied by a print campaign shot by Mario Sorrenti.

The campaign highlights the role of David as a style icon that inspired millions of men worldwide. The secret is to combine classic menswear to new and original ideas. The clothes which David wears in the ad have all  been selected by him from the Modern Essentials collection and are a perfect example of his timeless style.


"To shoot a campaign for H&M is always extraordinary. Everyone understands perfectly my style and my sense of humor. It was great to wear smart pieces of the Modern Essentials collection in such a fun occasion" said David Beckham.

Each season, David chooses his favorite pieces of the collection Modern Essentials of H&M and creates a wardrobe of revisited basics and contemporary classics.